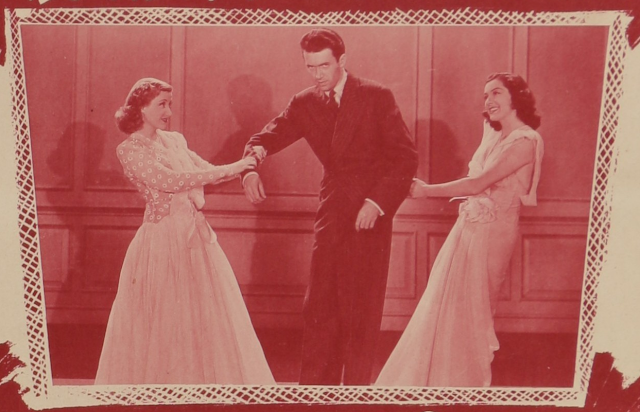 Site's still a mess, probably will be for a while since I'm going to be writing a summer series for a classic movie blog I'm a big fan of.

Anyway, I've gotten into buying old movie stuff since TCMFF (all the blame goes to Christina, Darin, and Angela, FYI), and this nice piece of nostalgia from a rerelease of Genevieve's last film, No Time For Comedy, popped up at eMoviePoster.

There's five lobby cards in total, and two have Genevieve front and center. I'm currently the highest bidder. Bid on this and I'll cut you.

Danny
Posted by Danny at 7:17 AM No comments:

Hi, my name is Danny and I blog over at pre-code.com. Over the last few years, I've become a huge fan of actress Genevieve Tobin, who has starred in numerous comedies as a man-hungry manipulator. Her career lasted less than a decade and she remains mostly forgotten today, but I can't help but be drawn to her as one of the most engaging screen comediennes of the talkie era.

This site is being built as I try to learn the bits and pieces of Tobin's life which will hopefully result in a biography of the star I've fallen hardest for. This site won't be updated nearly as often as its sister site, nor can I guarantee a whole lot. This site is just a documentation of a journey which could certainly end in abject failure.

But, hey, I hope not. Don't mind the dust in the meantime, and let's see what we can find!

Danny
Posted by Danny at 1:39 AM No comments: