Recent Acquisitions and Some Slow Progress

Hey everyone. I know this site isn't a rapid thrill-a-minute blogging that the kids seem to enjoy, but between my new baby, grad school, my other (undeniably more popular) site, and two months straight where we hosted visitors, time is kind of short for deep research. But this week is spring break! So we'll see how that pans out.

I did want to share a couple of Tobin photos I recently got off of eBay, because some content is better than no content. These are my own scans. The first is from the lost Uncle Tom's Cabin, and it is indeed signed by Tobin herself! From the back of the picture, it looks like it was kept in a photo album as well. What I always forget and assumed was that her role in Uncle Tom was that of a child, but rather she was indeed in her late teens. 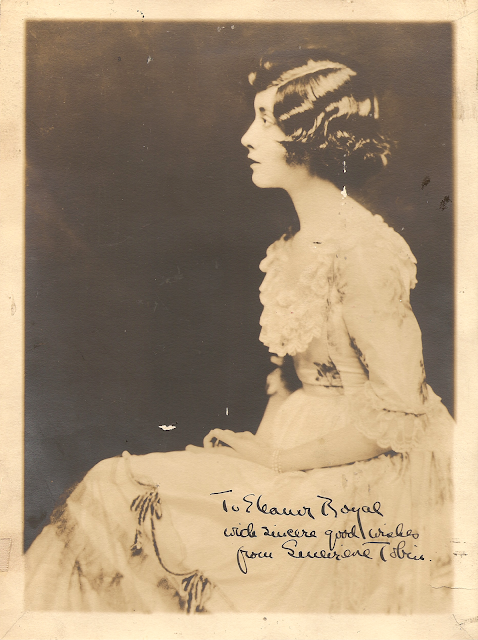 My other pickup was just something a bit weird that I couldn't pass up. A colorized Paramount publicity still. I know I'm just a weirdo who has a hard time remembering that black and white films were being taken of people in living breathing color. And as obviously touched up as this may be, this may be the first non-poster art of Tobin I've seen in color. 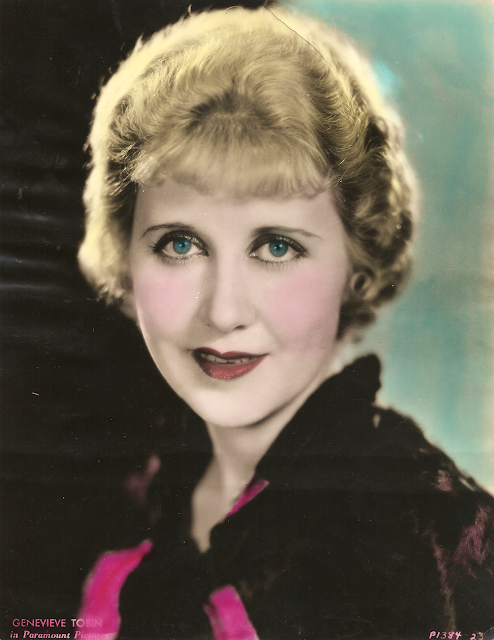 It's not in the best shape, but I like it. Anyway, more at some point. Cheers!

Danny
Posted by Danny at 5:23 PM No comments: