Pleasure Cruise at The Stanford Theater

I'm posting this just a little too late, but Pleasure Cruise actually got a theatrical engagement at the Stanford Theater in Palo Alto. No, really! 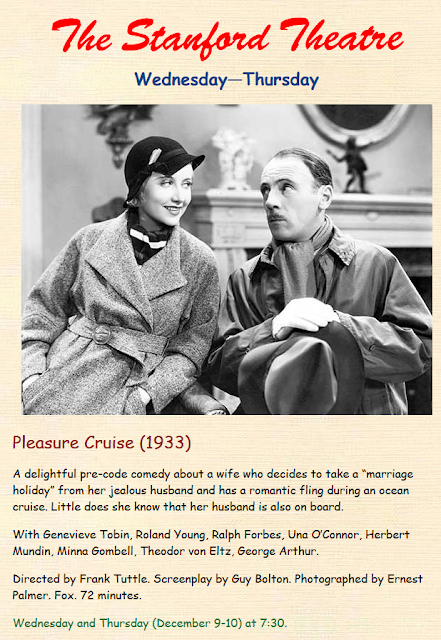 Unfortunately, if you understand the concept of dates and time, you've missed it.


I'm pretty jealous, not just because Pleasure Cruise is a rarity in and of itself (*shakes fist* FOXXXX), but because, even though I lived in the Bay Area for three years, I never did make it down to The Stanford. I could blame that it it was a two hour drive from where I lived or the fact that their website looks like 2002 vomited into a hat, but, really, I just hadn't made time.

But that picture is awesome, and it's great to see Tobin's name in lights.  I will try and be on top of it for the ever-so-rare appearance of one of her films on the big screen in the future!